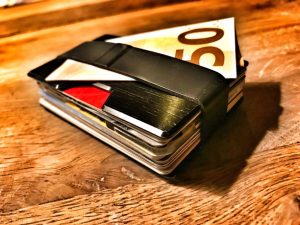 When I was young, my parents told me to be honest. And they emphasised that this was unconditional, as it would only cause damage – which would turn out the worse for me than for others. But I rejected their advice as nonsense.

Yet I must admit that I wasn’t much of a role model for others. I lacked considerate behaviour: I was a secret smoker, I drank, and I stole things, the latter of which became a real addiction that only found an end, when I was caught shoplifting.

I felt ashamed, having been caught in the act.

Looking back, reflecting my memories and sentiments, I feel that my behaviour was disastrous. Not only for those from whom I had stolen, but more so for myself and my own development. I can remember it like it was yesterday. It felt downright horrible to act with great caution, because my covert operations could be discovered at any time.

At home, I could never display my loot openly, risking my parents asking me about its origin. They would recognize new toys I had that were neither bought or given to me by them. Sounds reasonable, doesn’t it?

So, I continued to maintain my fiddle-yard for stolen toys.

But it was even worse: My appreciation for those illegally begotten items was extremely low. I did not deserve them, and I knew it. For me this made a decisive distinction to things I got as a birthday present or that I had worked for.

Looking at this matter as an adult, I think it is even more dramatic. If I get hold of money I do not deserve, because I got it through cheating or I took it from a purse I found on the street, then there is the remorse during the action and on top of that when spending it. If I buy anything from the fraud money, the things I bought will always remind me of the feeling connected with the insincere way of obtaining it.

As a conclusion it is to say, that illegally gaining goods or money will not make you feel enriched. Rather, the quality of your life will suffer from bad feelings.

There again, if I worked for something, there will be a notion of success in it, it will moreover have a feel of deservedness to it. The more efforts I have to make, the greater the sacrifice for the endeavour, the more precious the reward will become and the more proud I will be.

The journey is the reward

As a rule, having things does not make for value. It is the work that comes before the reward. It is like getting a gold medal for chilling out. There is no deservedness in it.

But when I train hard, fighting and sacrificing myself to win that darn medal, this gold medal will be priceless.

If I earn money by cheating others, I will never appreciate the value of my undeserved income.

At the end of the day, I think that this insight is applicable to a small as well as a large scale. If I am into gaining quick and dirty money, it will always be of lesser value to me.

No matter what others think about, be it regarded as moral or immoral, of ll-gotten goods you cannot feel worthy. Period.

Because the whole thing is lacking true value, there is a danger of the means of acquisition to become addictive. You will have to compensate the dull feeling of undeservedness that lingers, hoping that the reward will yet come. You will do this by acquiring more things in the same illegal way. You are presumably going to increase your income and invest it in status symbols you can show off. But still this dullness persists. Nothing is deserved.

Money alone does not make you happy – I think there’s some truth in it.

It is not ultimately about money. It is about the amount of work someone puts into the things he does in order to reward himself with good things a man feels worthy of. Money only helps to counterweight the value of your work.

If you like our work, please support us by a donation.